Historical Highlights of The Ensemble 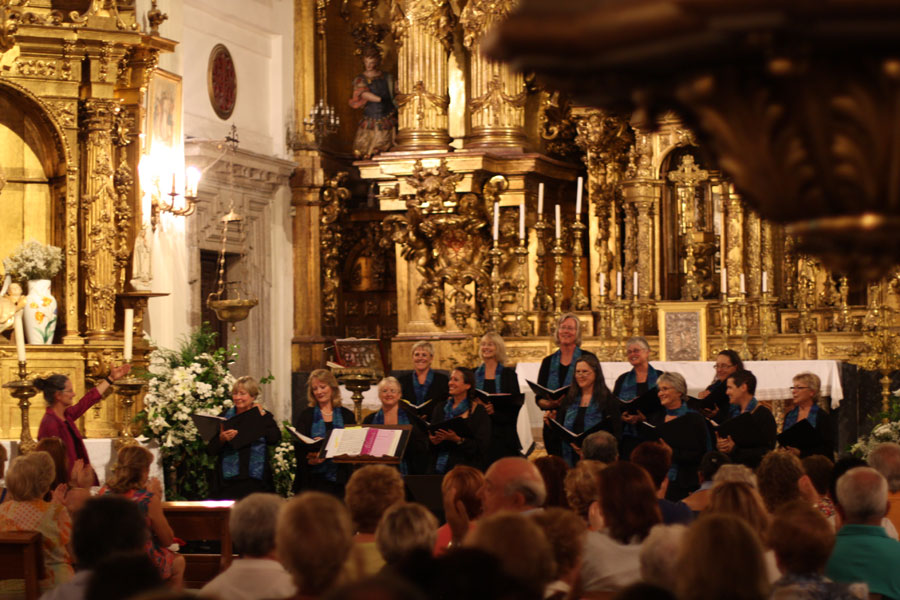 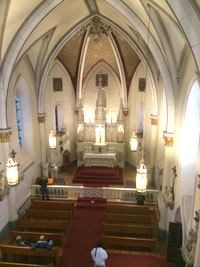 In 1981, Sakina von Briesen brought nine women together to sing Benjamin Brittten’s Ceremony of Carols at the Loretto Chapel in Santa Fe, the first performance in the chapel after the Sisters of Loretto retired. Under the direction of Suzanne MacLean and accompanied by harpist Rosalind Simpson, the Santa Fe Women's Ensemble was born. That auspicious beginning charmed audiences and has led the distinguished ensemble of women’s voices to its 39th season of choral performances. Over the years, the Ensemble has sung in such notable Santa Fe locations as Santuario de Guadalupe, the Santa Fe Opera, Cathedral Basilica of St. Francis of Assisi, First Presbyterian Church, Immaculate Heart of Mary Chapel and, again each December, Loretto Chapel.

The Ensemble joined the Santa Fe Concert Association in 1987, sharing its nonprofit umbrella. The group formed an advisory board in 1989, which became the board of directors in 1998 when the Ensemble became an independent nonprofit organization.

Dr. Linda Raney was named music director in 1988. For more than 30 years, she has molded and shaped the group of 12–16 singers who consistently create sublime performances showcasing music for women’s voices. Under her direction, the Santa Fe Women’s Ensemble has presented under-performed and new choral music, toured Europe, commissioned new works and produced four CDs of its live concerts. In 2010, Dr. Raney received the Mayor's Recognition Award for Excellence in the Arts.

The Ensemble performs music from many centuries and cultures from a limited collection of choral music written specifically for treble voices. As part of its mission, SFWE’s enduring contribution to the arts is commissioning new music, with 38 premieres in 39 seasons. The group received the 2012 Chorus America/ASCAP Adventurous Programming Award, giving national recognition to its efforts to expand the repertoire of women’s choral music. 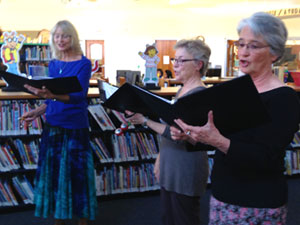 Outreach and education, which help foster the next generation of singers and composers, are also important components of SFWE’s mission. The group provides free concerts at schools, libraries, churches, private senior residences and public nursing facilities. Dress rehearsals are open to seniors and youth, and concert tickets are underwritten so that staff and clients at Esperanza Shelter for Battered Families and Solace Crisis Treatment Center may attend. Members of the Ensemble mentor Santa Fe public school students interested in music and have created the Fun with Music program for families at the Southside Library.

The Ensemble stepped onto the world stage when it traveled to Italy in 2008,  to Santa Fe sister cities in Spain in 2013, and to the UK in 2018, performing solo and with local choirs. Mayoral proclamations in 2008, 2010, 2013 and 2016 recognized the group's outstanding performances and service to Santa Fe.

With its 2020–2021 season, the Santa Fe Women's Ensemble enters its 40th year of making beautiful music, with concert series in December and May, and another world premiere of music for women’s voices.